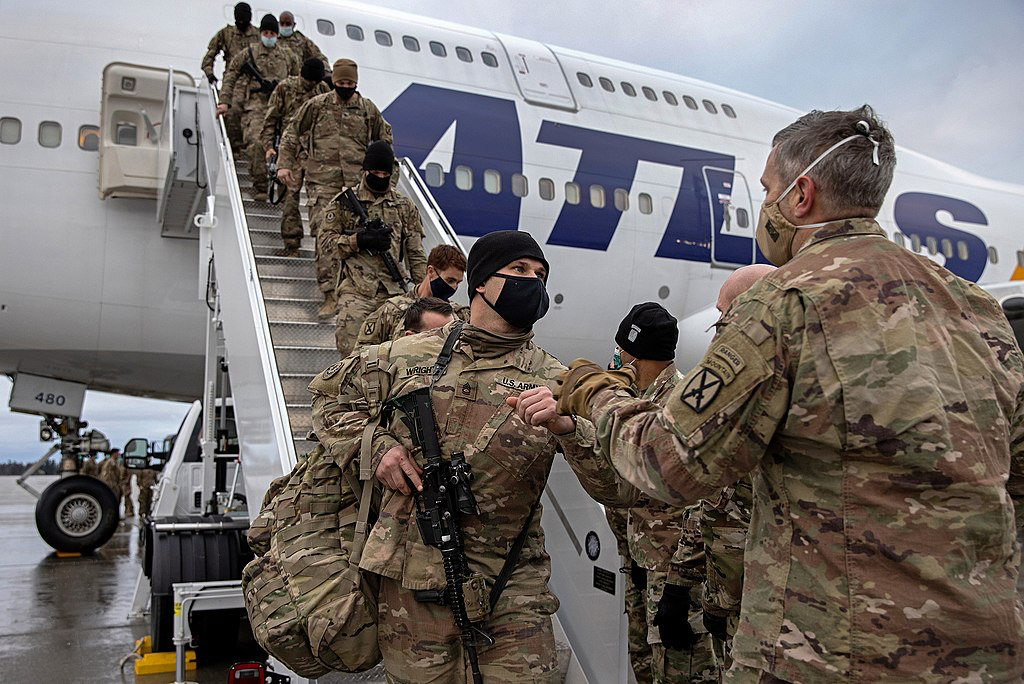 U.S. Troops withdrew from Afghanistan at the end of summer leading to a Taliban takeover Photo: https://www.army-technology.com/news/us-troop-withdrawal-afghanistan-august/

At the end of summer, pundits, politicians, and the public alike watched the slow encroachment of the Taliban across Afghanistan with horror. Following the withdrawal of the bulk of American troops in most of the country, Western media awoke nearly each day to breathlessly reported the fall of new provincial capitals and regions, as Taliban forces relentlessly pushed against the disintegrating Afghan National Army (ANA). Only days after international observers reassured the Afghan government that it would take more than 90 days for the Taliban to reach Kabul, Taliban fighters reached the outskirts of the city. Days more, and the Afghan president would have fled, with remaining foreign forces garrisoned to Kabul Airport to assist in humanitarian evacuations. The rapid collapse of the Afghan administration put in place by US-led Coalition forces is a visceral and striking lesson for the West, an event that will continue to create ripple effects for decades to come.

Perhaps most importantly is what this means for the notion of ‘liberal interventionism’ – the notion that military and diplomatic intervention is not just morally permissible, but imperative for states upholding a liberal rules-based global order. The ‘liberal’ credentials of such acts are bolstered by admittedly noble aspirations. Upholding human rights, rule of law, and respect for a broader ‘rules-based international order’ that respects those first two principles are typically cited as reasons for intervention.

In 2005, the United Nations declared a “responsibility to protect”, or R2P. In the event of certain crimes against humanity, where a sovereign state has failed to take action against or has actively permitted, such acts, and where peaceful means have failed “[signatories] are prepared to take collective action, in a timely and decisive manner … on a case-by-case basis … should peaceful means be inadequate and national authorities manifestly fail to protect their populations from … crimes against humanity.” The language is guarded, but the implication is clear. The UN not only permits but compels states to intervene in cases where ‘peaceful means’ have proved inadequate. The R2P was posed as an ‘answer’ to the so-called “Annan Dilemma”, the questions posed by UN Secretary General Kofi Annan in the wake of humanitarian atrocities in Kosovo and Rwanda. “Sovereignty, for Annan, does not just confer privileges upon states; it also imposes responsibilities on them, not least the responsibility to protect those under their rule” – the conflict, then, is between the sovereign states ability to self-determine, and its responsibility to take care of its citizens. Where the sovereign state particularly fails in its responsibilities, the argument goes, the legitimacy of the sovereign are breached.

The political appeal of interventionist politics is obvious. In the UK, politicians have been historically wary of any foreign policy doctrine that resembles ‘appeasement’, the failed strategy pursued by Neville Chamberlain towards the government of Nazi Germany. David Cameron’s Foreign Secretary, William Hague, claimed in 2009 that “It is not in our character to have a foreign policy without a conscience: to be idle or uninterested while others starve or murder each other in their millions is not for us”. Meanwhile, in the US, as the sole post-Cold War superpower, seemed intent on a model of reproducing liberal hegemony. Indeed, the US National Security Strategy report in 2002 went as far as to say “the United States must defend liberty and justice because these principles are right and true for all people everywhere.” It is no surprise, then, that the R2P principles are a reflection of principles that the West holds close to heart. The articulation of these principles, however, reflects a naivete – and even a chauvinism – that has turned out to be deeply problematic in practice.

Liberal interventionism must be understood primarily as a development model. John Mearsheimer, a realist international relations theorist, argues that “You go from a modest policy of limited military interventions in cases of gross violations of human rights … to the decision that the best way to protect rights is to populate the planet with liberal democracies.” The logical development of the principle of “R2P” is extended through to the ‘nation-building’ undertaken by the international community in Afghanistan and Iraq. The potential merits of such a political project aside, even then, these interventions have failed on their own terms as a development project. The collapse of the democratic Afghan state shows that Coalition forces failed to put in place the sort of resilient institutions capable of protecting human rights in the first place. Whether outside forces can even impose Western liberal democracy is arguable, and perhaps even slightly paradoxical.

The feeling for many in the West now is one of fatigue. As the voting public turns against ‘forever wars’, the case for intervention abroad is an increasingly difficult one for politicians to make. The exhaustion felt by many was articulated in President Biden’s withdrawal speech, with the exclamation that “It is time to end America’s longest war”. This is not to say that the United States is fully retracting the footprint it has left in the wake of the War on Terror. Today, Americans live in an age of ‘small wars in faraway places’ – small anti-terrorist operations carried out with a light footprint, in theatres of conflict that members of the public are even aware of.

Many in the West are rightly outraged about the people that the departing US forces leave behind – in particular, Afghan women, ethnic and religious minorities, and members of the now defunct ANA and former Afghan government. Make no mistake, a nuanced critique of liberal interventionism must rightly acknowledge that the reactionary forces that are taking power in Afghanistan will be devastating for Afghan civil society. The indignities and atrocities that the Taliban perpetuates against the Afghan population must be condemned to the fullest extent, and a strong civil society within the country must be supported with the backing and allyship of outsiders. The vast number of civilian casualties in Afghanistan – 71,000 to date, according to Brown’s Cost of War Institute, a significant number among them women and children – attests to the absurdity of bringing about positive humanitarian change at the barrel of the gun.

It is with this in mind that it is worth remembering that the virulent reactionary currents in Afghanistan, and much of the Middle East, are remnants of previous interventions. This extends back to the hasty post-colonial exit by the French and the British that gave rise to the Sykes-Picot borders, which divided Arab societies and created enormous ethnic and sectarian strife to this day, exists as a legacy of imperial ambition. Through the latter half of the twentieth century, the overthrow of progressive sovereign governments in Iran, Iraq, and Egypt by Western intelligence agencies, and the funding of the Mujahideen in Afghanistan by the United States with the cooperation of its Saudi allies, created the template for contemporary extremism. The seeds sown by the 2003 Invasion of Iraq were in part responsible for the creation of ISIS, and the Taliban takeover in Afghanistan is merely the latest chapter in interventionist blowback.

The question remains: how can an international community beholden to humanitarian values promote these values without the disastrous impacts of forceful intervention? The international law professor Simon Chesterman, writing in Just War or Just Peace, argues that liberal interventionism as a development model answers to a false dichotomy, between ‘humanitarian intervention’ and ‘inhumanitarian non-intervention’ (referring to the presumption that non-enforcement allows states to get away with abuses’), with the forceful refrain that “unilateral enforcement is not a substitute for but the opposite of collective action”. An international legal regime able to hold states to account, without unilateral military interventions, is a far more powerful stabilising force.

As a development thesis, the doctrine of military intervention, carried out under the guise of liberal values, appears woefully inadequate, leaving behind a disastrous legacy of failed states and civil strife. While it seems that the calculus for Washington and Westminster has changed since the military adventurism of the early 2000s,  the legacy of these decisions will continue to resonate in Baghdad and Kabul for generations.